Ankhesenamun From Wikipedia, the free encyclopedia Eighteenth Dynasty of Egypt Ankhesenamun Queen consort of Egypt Tenure ca. 1332–1323 BC Born ca. 1348 BC Thebes Died ca. 1322 BC (aged ca. 26) Burial Maybe at KV21 Spouse Akhenaten (father/father-in- law/cousin-uncle) Tutankhamun (half-brother/cousin) Ay (grandfather/great-uncle) Issue Two stillborn daughters Father Akhenaten Mother Nefertiti Religion Ancient Egyptian religion Ankhesenamun (?n?-s-n-imn, "Her Life Is of Amun"; c. 1348 – after 1322 BC) was a queen of the Eighteenth Dynasty of Egypt. Born as Ankhesenpaaten, she was the third of six known daughters of the Egyptian Pharaoh Akhenaten and his Great Royal Wife Nefertiti, and became the Great Royal Wife of her half-brother Tutankhamun. The change in her name reflects the changes in Ancient Egyptian religion during her lifetime after her father's death. Her youth is well documented in the ancient reliefs and paintings of the reign of her parents. Tutankhamun and Ankhesenamun shared the same father but Tutankhamun's mother has recently been established by genetic evidence as one of Akhenaten's sisters, a daughter (so far unidentified) of Amenhotep III. She was most likely born in year 4 of Akhenaten's reign and by year 12 of her father's reign she was joined by her three younger sisters. He possibly made his wife his co-regent and had his family portrayed in a realistic style in all official artwork. Ankhesenamun was definitely married to one king; she was the Great Royal Wife of Pharaoh Tutankhamun. It is also possible that she was briefly married to Tutankhamun's successor, Ay, believed by some to be her maternal grandfather. It has also been posited that she may have been the Great Royal Wife of her father, Akhenaten, after the possible death of her mother, and co-regent of Akhenaten's immediate successor, Smenkhkare. Recent DNA tests released in February 2010 have also speculated that one of two late 18th dynasty queens buried in KV21 could be her mummy. Both mummies are thought, because of DNA, to be members of the ruling house. 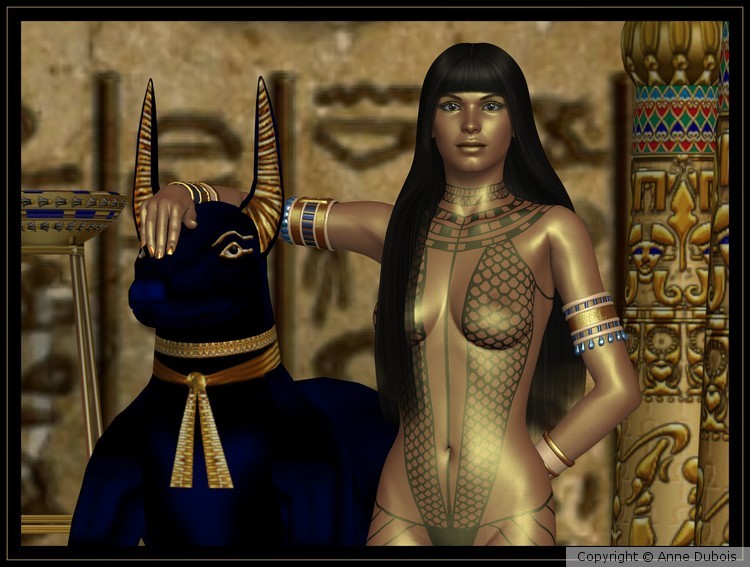